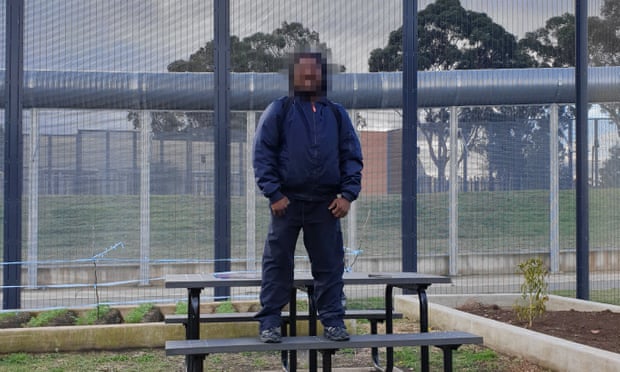 Australia should immediately release a legally blind and mentally ill Tamil refugee who has languished in immigration detention for nearly a decade, a key United Nations body has said.

In a scathing assessment of the detention regime, the UN working group found Australia had contravened international law by detaining the man for more than nine years. It argued he should be released from detention immediately and had an “enforceable right to compensation and other reparations”.

The Sri Lankan refugee, known as Kumar to protect his identity, was detained after arriving at Christmas Island by boat in March 2010 at the age of 27. He fled Sri Lanka because he had been subjected to persecution and human rights abuses, including torture, amid the country’s decades-long civil war.

Kumar, was found to be a refugee by Australia in December 2010. Yet the 36-year-old has languished in detention, most recently at the Villawood centre. The government initially cited security risks in order to deny Kumar a protection visa, but those assessments were later downgraded by Asio.

“Detaining … a man who is legally blind, has an acquired brain injury and a range of other mental health concerns is an extraordinary act for a developed, democratic nation,” his lawyer, Alison Battisson, told Guardian Australia.

The government argues that Kumar’s detention is legal under Australia’s Migration Act. It has said it is still assessing his most recent application for a temporary protection visa, which was made in October 2015.