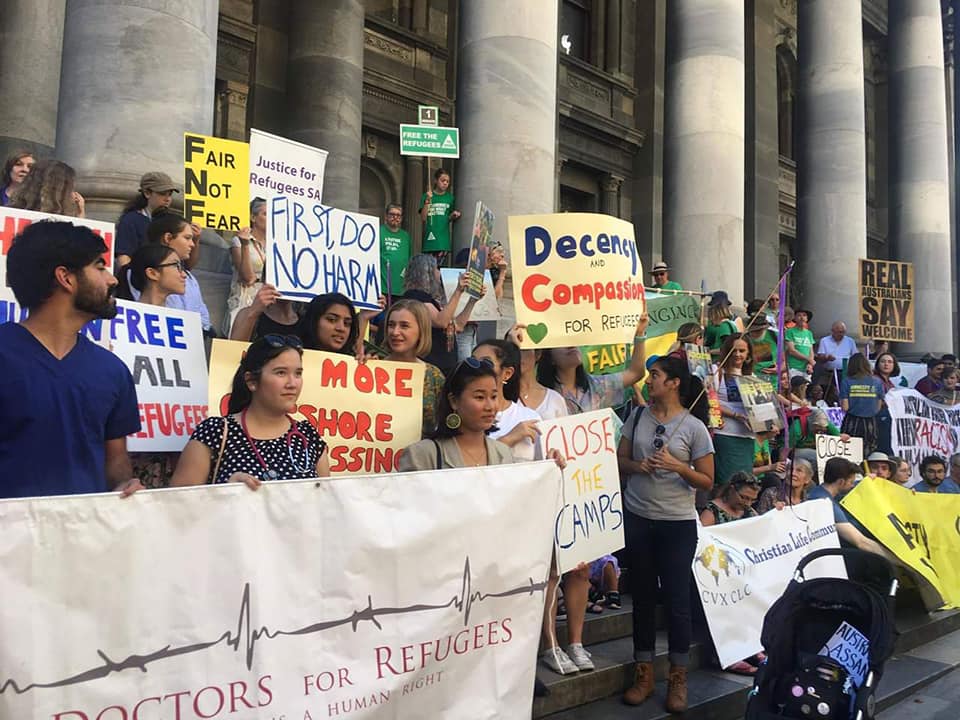 Thousands of people have joined Palm Sunday rallies around the country calling for an end to offshore detention.

Protesters brandished signs with messages including "Bring Them Here", "Vote Humanity Not Atrocity" and "Say Yes To Refugees" as demonstrations were held in a number of capital cities and regional centres on Sunday.

Foster, who successfully fought for the release of refugee footballer Hakeem Al-Araibi from a Bangkok jail earlier this year, said Australia's national conscience was severely damaged by deaths on Manus Island and Nauru.

He said as great as the Save Hakeem campaign was, "it was also an immense challenge: to me, to you and to all other 25 million Australians".

Reverend John Barr said saying yes to refugees was not only "the decent, fair or honourable" thing to do, but it was also the right thing to do.

"May this gathering be a means of sending a loud message to Canberra that refugees are welcome," he said.

In Melbourne, members of different faiths and beliefs came together shouting "shame - get them off" and "we will prevail" as they marched.

The event attracted marchers of all ages, including grannies dressed in purple and students from St Bernards College and Wesley College.

Thousands have rallied across Australia, calling for an end to offshore detention. Groups took to the streets in every...

Thousands marched through the centre of Melbourne today, rallying for the fair treatment of refugees and asylum seekers. #9News | http://9News.com.au