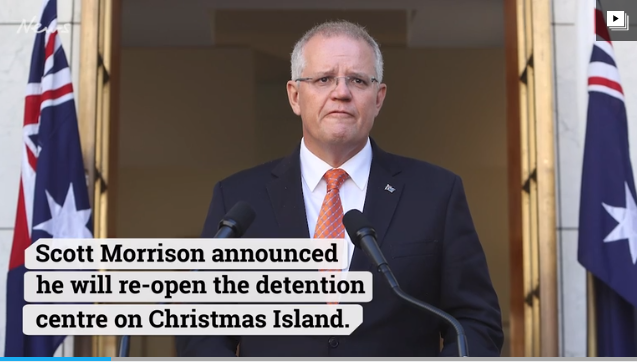 While Australia has been left stunned by the election win, it has also reportedly caused some to lose hope completely. WARNING: Distressing content.

A disturbing wave of suicide attempts have taken place at the detention centres on Manus and Nauru since the weekend’s federal election result. News.com.au understands six people have tried to take their own lives since Sunday, and all were taken to hospital. Manus refugee Shaminda Kanapathi told news.com.au the mood among detainees on the island is one of “devastation”. “No one comes out of their room. No one is talking to each other and (they are) keeping themselves isolated,” he said. “Men who barely remain strong have put all their effort to look after friends and fellow detainees.” Author, activist and Manus detainee Behrouz Boochani claims at least three of those who attempted suicide are now in a critical condition. “The refugees in Manus have been dumped in a high depression. I have never seen people like this before,” he wrote on Twitter overnight. He says many had been hopeful Labor would have eventually increased Australia’s humanitarian intake to 27,000 refugees a year and accepted New Zealand’s offer to resettle 150 asylum seekers.